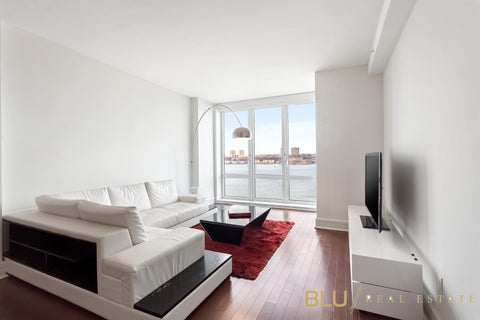 . Upper West Side 59th Street to 110th Street from south to north, from Central Park on the east to the Hudson River on the West This neighborhood is definitely the most... more

. Upper West Side 59th Street to 110th Street from south to north, from Central Park on the east to the Hudson River on the West This neighborhood is definitely the most picturesque in Manhattan with abundance of public green space such as the Central Park and Riverside Park. Columbus Avenue features has many cool boutiques, and Amsterdam has mostly restaurants, cafes and bars. . Lenox Hill on the Upper East East 60th Street to East 77th Street south to north, from the East River on the east and Fifth Avenue on the west This pocket of the Upper East Side promises uptown life at its finest. Regal pre-war apartment buildings line Park and Fifth Avenues, also two of the most expensive blocks of real estate in New York City. Madison Avenue is well-known for its selection of chichi shops, and the brands match the residents of Park and Fifth - think Ralph Lauren, Tom Ford, Celine, and Giuseppe Zanotti. . Washington Heights 155th Street to Dyckman Street from south to north, from the Harlem River on the east to the Hudson River on the west New Manhattan residents shouldn't discount Washington Heights, a soulful and lovely neighborhood in Upper Manhattan that's minutes to Midtown by way of the A train. Not only will you rent more space for the money, but the apartment stock consists mostly of sprawling pre-war flats, many with gorgeous Beaux-Arts details. Brimming with Hispanic flavor due to its large Dominican population, Washington Heights boasts a good number of Latin restaurants. And for those who like to escape the city for Upstate, you'll be that much closer when hitting the road for weekends away. . Battery Park City West Street on the east and surrounded by the Hudson River to the west, north, and south This 92-acre planned community sits among lush plantings and comes with fabulous vistas of the Hudson River. Though its spacious setting is far removed from most Manhattan attractions (and the hustle and bustle), Battery Park is a favorite choice among families - it always ranks among the safest neighborhoods in New York City. It hasn't been known as a destination for shopping and dining, but that's changing. . Gramercy Park 14th Street to 23rd Street from south to north, the East River on the East and Park Avenue on the west It's Manhattan's only private park, but the neighborhood that surrounds the key-only parcel bears the same name. It's widely recognized as a posh area but also one of the island's prettiest pockets. It could be one of the city's most convenient addresses as Gramercy Park lies within a quick walk of Chelsea, the East Village, NoHo, Union Square, and NoMad. less

HPD, HDC, and The New York Public Library (NYPL) announced development plans 175 deeply affordable apartments and a new public library to be owned and operated by the New York... more

HPD, HDC, and The New York Public Library (NYPL) announced development plans 175 deeply affordable apartments and a new public library to be owned and operated by the New York Public Library. The development will also feature community programming through an onsite Activities, Culture, Training (ACTS) Center and a brand new Universal Pre-Kindergarten (UPK) facility that will be operated by the New York City Department of Education (DOE). Informed by community input after months of community engagement and neighborhood planning exercies through the Inwood Affordable Housing and Library Planning Process, the development plan establishes the renewed Inwood Library Branch as the core of the new building. The Eliza, named in honor of Eliza Hamilton, will be developed by a joint venture between the Community League of the Heights (CLOTH), Ranger Properties, Alembic, and the Children's Village. In addition to a new three-level library branch, the new thirteen story building will include a mix of studio, one bedroom, two bedroom, and three bedroom apartments that will be affordable to extremely low-, very low-, and low-income households. Housing will also be available to formerly homeless households. Building residents will have access to an onsite gym, tenant lounge, a kid's playroom, a terrace, a roof garden, a bike room, and a laundry room. The new library will maintain existing services such as early literacy and 'storytime' programs, technology classes for adults and families, bilingual materials and resources, while providing additional space for computers, classes, a community room, and more. The new library will be funded through capital funding from HPD and a $5 million dollar grant from the Robin Hood Foundation. Feedback from the extensive community visioning process incorporated into the development plan includes: Library Updates The renewed library will include an extensive collection of books and circulating material, digital resources, publicly accessible computers, and Wi-Fi access. The design will incorporate collaborative work spaces of varying sizes, quiet reading spaces for all ages, as well as open flexible space to accommodate classrooms for education programs. A large community room will be accessible both from the library and from a separate exterior entrance, so that it can continue to be available to the community outside of the regular library operating hours. Guaranteed Deep Affordability The development will be financed under Mayor de Blasio's Housing New York plan under the Extremely Low and Low-income Affordability (ELLA) program. The site is subject to the requirements of Mandatory Inclusionary Housing (MIH) which will guarantee that approximately 25-30% of all homes will be permanently affordable through the MIH program. HPD will guarantee future control of the land through the use of a remainder interest-a legal tool that will give the City ownership of the property at the end of the initial affordability period, unless the owner agrees to extend the affordability period. The new building will be designed to serve extremely low-, very low-, and low-income families with income caps set between $20,040 - $40,080 for individuals and $34,360 - $42,950 for a household of three according to the U.S. Department of Housing and Urban Development's (HUD) 2017 calculations. Over 20% of all apartments will be affordable to a family of three earning less than $26,000. Apartments will also be reserved for formerly homeless households. Curated Community Spaces and Services The new development will feature a mix of services for the community including an ACTS Center which will provide community facility space for health care, jobs training and cultural activities. The UPK facility will be a 4,030 square foot center accessible via a private corridor off of Broadway. The three classrooms will be connected to a 2,100 square foot exterior play terrace that will overlook the nearby public school athletic fields. less

Coldwell Banker estimates the median home price in Manhattan is $10,612,500. Right now, there are 11,540 homes listed for sale in Manhattan, including 5,790 condos and 0 foreclosures. You can research home values, browse Manhattan's hottest homes, and see what Coldwell Banker's agents have to say about the local area. Check out our page on Manhattan market trends to start exploring!

If you're looking to buy a home in Manhattan, NY, you've come to the right place. Coldwell Banker keeps you up to date with the latest Manhattan MLS listing - including new homes for sale, townhomes for sale, condos for sale, foreclosed homes for sale, and land for sale. With Coldwell Banker's mobile app and website, you can customize your Manhattan home search to help find the right place for you, from the location you love to the number of bedrooms and bathrooms. You can get even more specific with keyword search. Want to picture your life in Manhattan? Try checking out our interactive maps, photos, and school information. And when you're ready to talk to a real estate agent, Coldwell Banker has ratings and reviews written by real estate clients nationwide to help you find a great agent.
Loading....