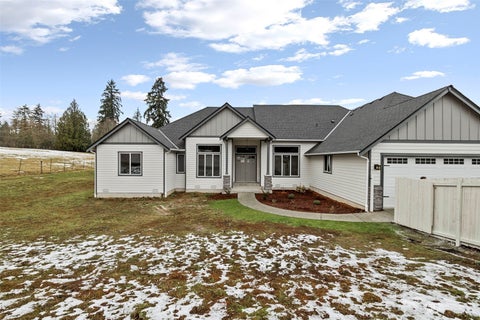 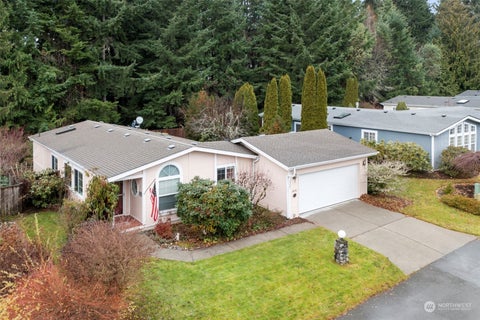 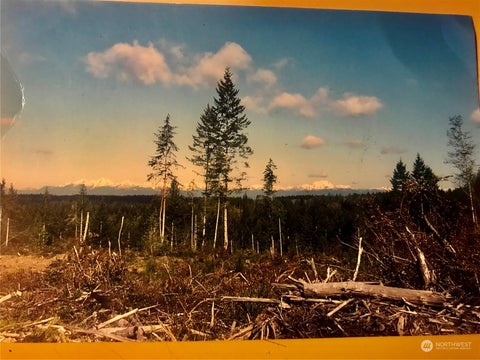 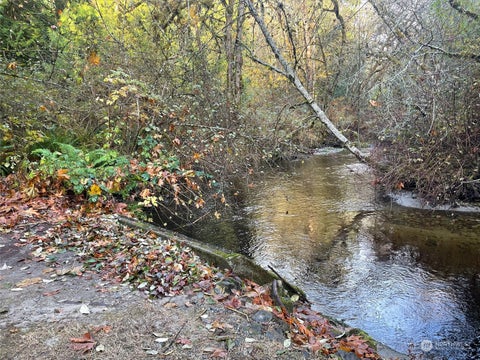 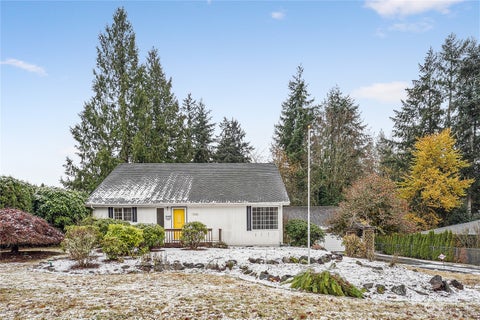 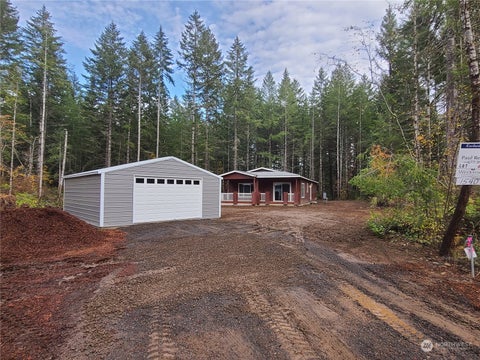 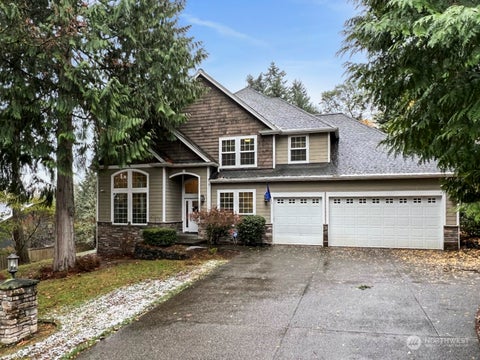 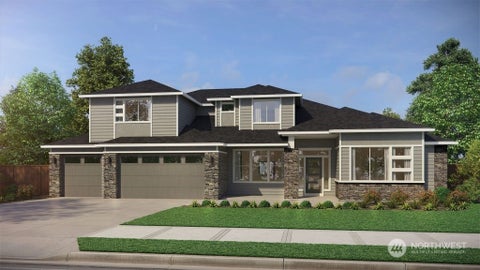 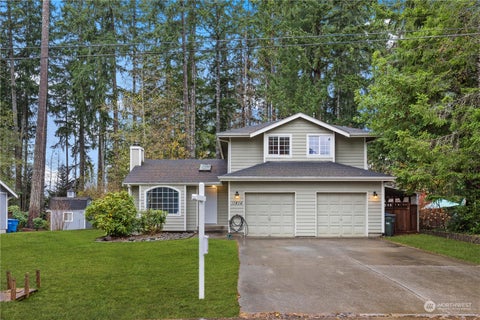 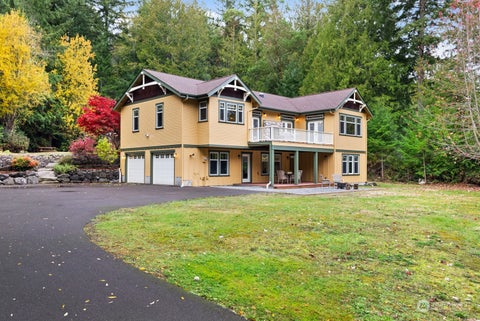 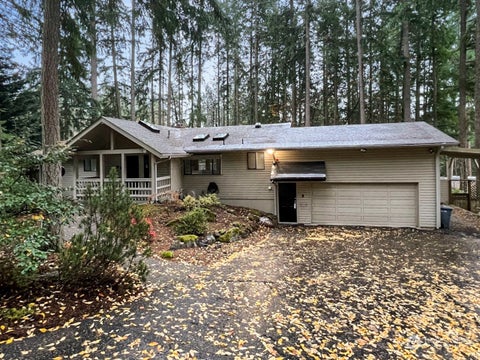 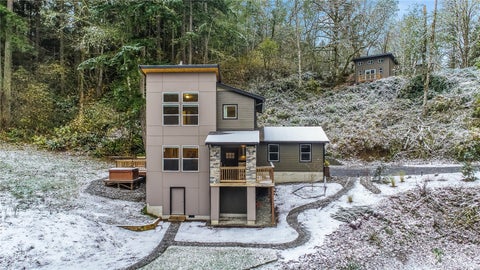 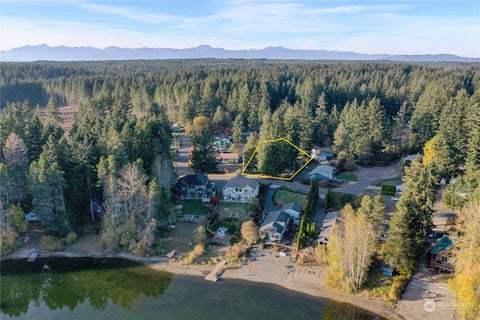 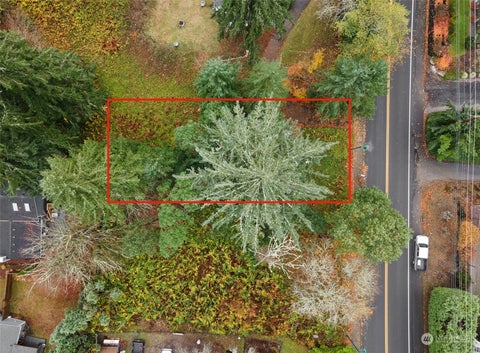 Nestled around the Gig Harbor Bay, this community has been established by local fisherman, lumberman, and farmers that took safety and shelter in the Bay from the harsh weather... more

Nestled around the Gig Harbor Bay, this community has been established by local fisherman, lumberman, and farmers that took safety and shelter in the Bay from the harsh weather that the open water of the Puget Sound can offer. This upscale community features great restaurants, shopping, local art, boating, sailing, golf, kayaking and wonderful school system that benefits the local residents and tourist all year long. less

There are a number of attractions for locals and tourists alike to enjoy in Gig Harbor. As the first destination on the Kitsap Peninsula after crossing the Narrows Bridge, this... more

There are a number of attractions for locals and tourists alike to enjoy in Gig Harbor. As the first destination on the Kitsap Peninsula after crossing the Narrows Bridge, this quaint Maritime Village is a favorite destination for people all over the world. This is a city that has preserved its history but also has many events that make this a vibrant community with incredible scenery, galleries, upscale shops, restaurants, beautiful gardens, and many recreational activities. A popular restaurant in Gig Harbor is The Tides Tavern. Located at the South end of downtown on Harborview Drive, this tavern has been around for decades. It stands on pilings built over the waters of Gig Harbor Bay and provides outdoor, as well as indoor seating for patrons. Enjoying a meal on the waterside deck is a great opportunity to watch boats enter and leave the harbor. On summer days, there is a non-stop parade of boats passing in front of the deck. The Tides Tavern also has its own private (but for public use) dock so that patrons may arrive by boat. In the summer, many boats will spend their entire day tied alongside the dock while their owners socialize with other boaters and bar patrons. Immediately adjacent to the Tides Tavern is the Russell Foundation Building; one of Gig Harbor's most aesthetically pleasing projects in recent years. The building is built mostly below street level, so from the street, you can walk directly onto its garden-like public roof space which provides views of the harbor and educates visitors about Gig Harbor's history. A couple blocks north on Harborview Drive is Jerisich Park. This park, combined with the adjacent Skansie Brothers Park, is a large, open, waterfront space with grass, decks, benches, and a covered Pavilion for community events. It is also home to the Fisherman Memorial, one of Gig Harbor's popular landmarks. This large bronze statue, which depicts a fisherman hauling in his catch, was commissioned in memory of Gig Harbor's fishermen, with special gratitude to those who lost their lives at sea. The parks often play host to fairs and events ranging from the annual Holiday tree lighting ceremony and Blessing of the Fleet to musical concerts and art festivals. There is also a public use moorage dock where boaters can stay, free of charge, for a limited time. At the mouth of the harbor a short sand spit is open to the public and is the site of a red navigational hazard light built into a miniature lighthouse model constructed to resemble the quaint lighthouses of yore. The beach is public, but access is difficult and parking is limited. Gig Harbor City Park (aka Crescent Creek Park) offers a variety of activities, and is especially geared toward larger groups and families. A children's play area features modern equipment to climb and play on, as well as swings for infants. The park also offers a baseball diamond in the upper area of the park, a basketball court and tennis courts. GH City Park is adjacent to a stream as well and has teaching plaques on stream conservation. A field in the lower part of the park offers picnic benches and recreational area for informal games and sports. There is a large wooden picnic shelter with fresh water and wood stoves. The park is popular in the summer for family reunions, picnics, and group gatherings. less

Gig Harbor - Something for Everyone

Coldwell Banker estimates the median home price in Gig Harbor is $774,990. Right now, there are 257 homes listed for sale in Gig Harbor, including 9 condos and 0 foreclosures. You can research home values, browse Gig Harbor's hottest homes, and see what Coldwell Banker's agents have to say about the local area. Check out our page on Gig Harbor market trends to start exploring!

If you're looking to buy a home in Gig Harbor, WA, you've come to the right place. Coldwell Banker keeps you up to date with the latest Gig Harbor MLS listing - including new homes for sale, townhomes for sale, condos for sale, foreclosed homes for sale, and land for sale. With Coldwell Banker's mobile app and website, you can customize your Gig Harbor home search to help find the right place for you, from the location you love to the number of bedrooms and bathrooms. You can get even more specific with keyword search. Want to picture your life in Gig Harbor? Try checking out our interactive maps, photos, and school information. And when you're ready to talk to a real estate agent, Coldwell Banker has ratings and reviews written by real estate clients nationwide to help you find a great agent.
Loading....