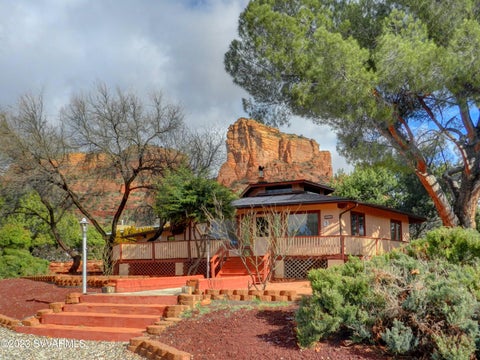 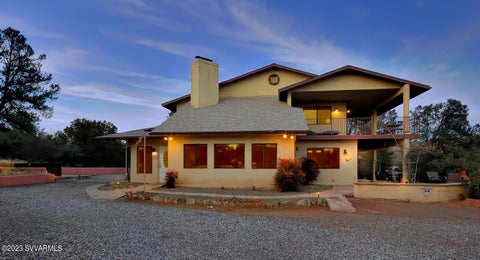 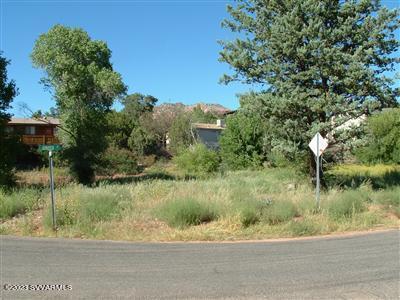 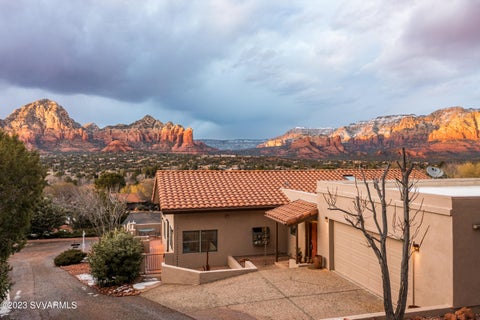 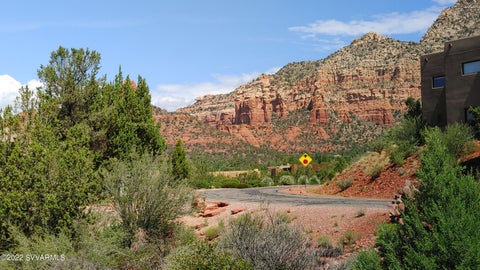 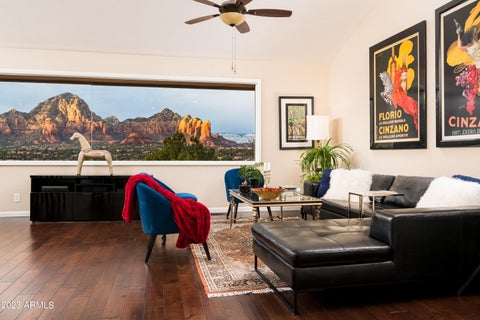 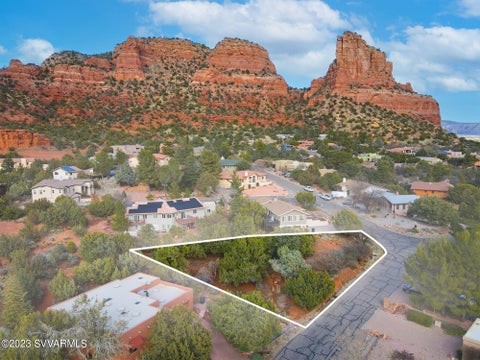 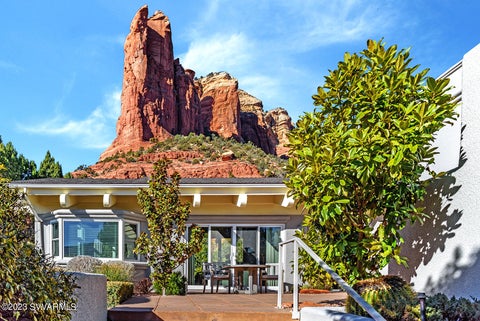 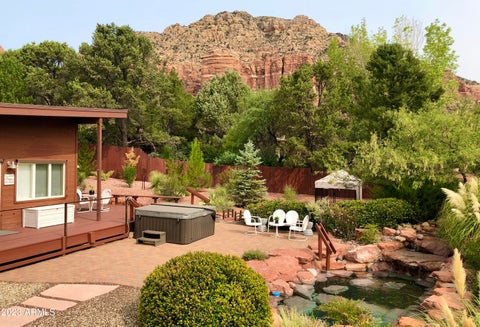 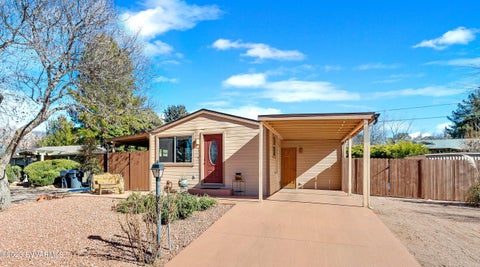 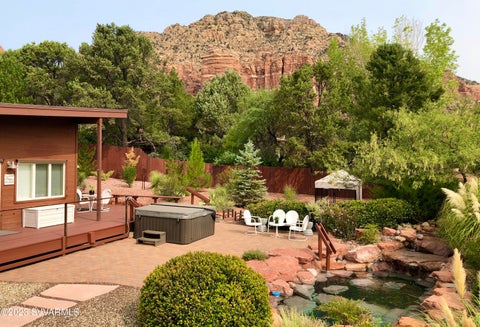 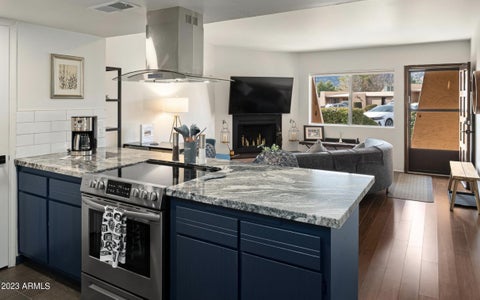 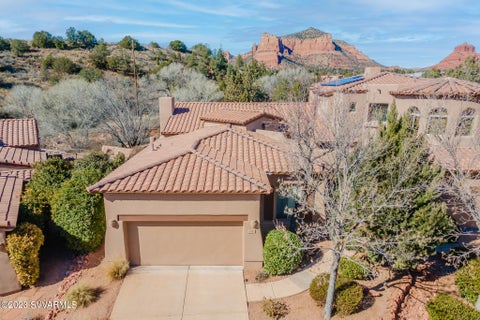 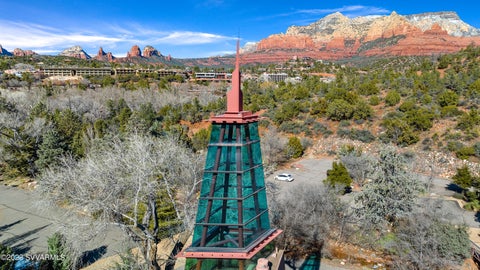 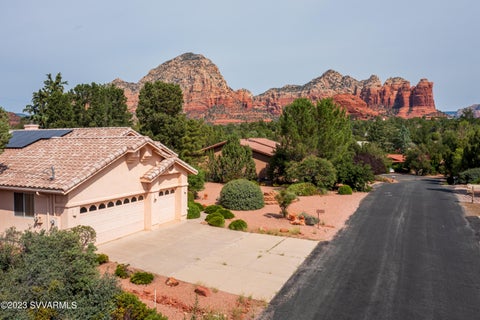 If you drive to Sedona, be sure to have a timelapse going because you can NOT beat the views. 89A is my favorite road to just drive and relax, soak in the views. My husband and... more

If you drive to Sedona, be sure to have a timelapse going because you can NOT beat the views. 89A is my favorite road to just drive and relax, soak in the views. My husband and I frequent Sedona just to go out for dinner. Our favorite restaurant is Open Range. Be sure to sit on the patio and prepare for your jaw to drop over the absolutely stunning views. Are you looking for a watering hole to swim or possibly cliff jump? Grasshopper point is amazing even if you don't part take in the jumping of cliffs. This is a dog friendly swimming hole that I bring mine to all the time! The hiking here is endless but the one I will always recommend is Devil's Bridge. This hike is about 2 miles so be sure to bring water!!! The end is absolutely stunning and a view you won't want to miss! This hike could be dangerous in the winter so PLEASE be cautious. Wear shoes that are grippy and have a stiff sole for safety! less

The Red Rocks of Arizona

Sedona boasts some of the most beautiful landscapes in Northern Arizona. A thriving tourist based town, Sedona has ample housing for primary and secondary homes. Area... more

Sedona boasts some of the most beautiful landscapes in Northern Arizona. A thriving tourist based town, Sedona has ample housing for primary and secondary homes. Area attractions include Uptown Sedona, numerous hiking and biking trails, shopping Restaurants and Red Rock and Slide Rock State Parks. If you haven't visited you are missing out on an Arizona town that is simply breathtaking. less

Sedona is located in Arizona's high desert under the towering southwestern rim of the vast Colorado Plateau. Located approximately two hours north of Phoenix, and one hour... more

Sedona is located in Arizona's high desert under the towering southwestern rim of the vast Colorado Plateau. Located approximately two hours north of Phoenix, and one hour south of Flagstaff, Sedona is blessed with four mild seasons marked by abundant sunshine and clean, fresh air that assures good year-round weather for residents, vacationers and outdoor enthusiasts. Its location is strategically situated at the mouth of spectacular Oak Creek Canyon, and is a unique place, affording breathtaking panoramas. Characterized by massive red-rock formations, as well as the contrasting riparian areas of Oak Creek Canyon, the area surrounding this beloved community is considered at least as beautiful as many national parks. The community was established in 1902 and is named after the early settler Sedona Schnebly. As the story goes, after Theodore Carl (T.C.) Schnebly and his wife, Sedona, moved to Sedona from Gorin, Missouri, the few families living in the area convinced T.C. to establish a post office in his large home, which already had become the community's hotel. Various interpretations of this story suggest that he asked the government to name the post office Schnebly Station or Red Rock Crossing. Subsequently, he was told the names were too long, and following a suggestion by his brother, Dorsey Ellsworth Schnebly, he submitted his wife's name, Sedona, and the postmaster approved the name for the community. This 19-square-mile city is spread across the boundaries of two north-central Arizona counties, Coconino and Yavapai, with the majority of the population living in Yavapai County. Only 51 percent of its area is privately owned - the rest is part of the Coconino National Forest. The average age of Sedona's population, which totals approximately 10,000 within its incorporated limits, is 50 and the elevation generally is considered to be 4,500 feet, though well-known red rock formations extend to more than a mile high elevation. Today, the City of Sedona, incorporated in 1988, is one of Arizona's premier tourism, recreation, resort, retirement and art centers, and is among the most visited sites in the state. Historically, it was a rural ranching community located far off the beaten path, but its unsurpassed natural beauty became nationally known through the motion picture industry. Today, commercials and television shows still are filmed in the unsettled areas surrounding the city, which annually attracts more than three million tourists from around the world. With its state parks, historic sites and enticing attractions, the area offers a destination rich in history, with an abundance of activities and entertainment for all ages. In close proximity, the area boasts natural amenities such as the Grand Canyon, Dead Horse Ranch State Park, Slide Rock State Park, Tuzigoot National Monument and the historic mining communities of Clarkdale and Jerome, just to name a few. less

Coldwell Banker estimates the median home price in Sedona is $982,500. Right now, there are 274 homes listed for sale in Sedona, including 13 condos and 0 foreclosures. You can research home values, browse Sedona's hottest homes, and see what Coldwell Banker's agents have to say about the local area. Check out our page on Sedona market trends to start exploring!

If you're looking to buy a home in Sedona, AZ, you've come to the right place. Coldwell Banker keeps you up to date with the latest Sedona MLS listing - including new homes for sale, townhomes for sale, condos for sale, foreclosed homes for sale, and land for sale. With Coldwell Banker's mobile app and website, you can customize your Sedona home search to help find the right place for you, from the location you love to the number of bedrooms and bathrooms. You can get even more specific with keyword search. Want to picture your life in Sedona? Try checking out our interactive maps, photos, and school information. And when you're ready to talk to a real estate agent, Coldwell Banker has ratings and reviews written by real estate clients nationwide to help you find a great agent.
Loading....